Many initiatives have been set up to deal with the issue of quality control in research, yet (or therefore) the EU deemed it worthwhile to devote a large-scale conference to it. As Belgium had the honor of chairing the EU in the second half of 2010, the conference was hosted in Brussels. And I went to have a look. 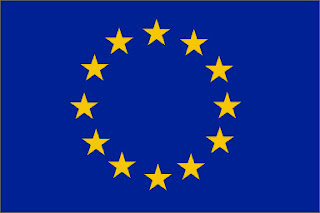 Not much of it had to do with artistic research (in any direct sense: nothing did) but it was good to see what sits in the minds of those who deal with the problems arising in the globalized research domain and  the friction that is produced when it pushes existing systems and traditions to their limits. The most notable aspect of that trend was the statement that the peer-review system has reached its own limits: its faults are no longer the result of people working with it, they are systemic (as touched upon by Dirk Van Damme in his presentation and further mentioned by at least one other speaker in discussions). The problems of this quality control mechanism and the ensuing impact factor system are of course well-known (e.g. here and here), what is of interest here, is the fact that our new discipline of artistic research is still in the process of setting up dissemination channels, and the decision to set up journals that are peer-reviewed or not is now all the more problematic. Adding the difficulty of still really not being able to rely on enough peers to choose from and to allow for a reasonable balance between the authors and the reviewers, the conclusion maybe to drop the idea all together. At least for as long as there is no alternative. For this was the most notable bit of information to have taken home with me from the conference: nobody could say anything about an alternative to the peer-review system.

Another association came to me during the session on the link between research and the economy. As far as artistic research goes, the real link will be a tough one to make for a while yet: AR is still mostly based on subsidized arts – I still have to hear about the first commercially successful musician who wants to engage in research (as opposed to keep on performing or composing) – while the artistic economy is mostly based on commerce. Despite incentives by governments to have the subsidized artistic community hunt for sponsorship deals, this is still daunting to and hardly fruitful for most if not everyone involved. A few years ago, someone cleverly thought of an argument to counter the perceived necessity for this hunt (“the turnover of the music industry runs into many billions”), claiming an already successful  implementation into the music scene of economic sustainability, but the cited numbers apply to the music industry, i.e. not the subsidized arts sector where new music is developed. I don’t see any industrial entity commissioning artistic research just yet. Even some artistic researcher’s dream to develop an iPhone application during his doctoral trajectory is backed-up by a governmental grant. And the idea that present-day popular music would not be what it is without the achievements of Stockhausen et al. is not valid to today’s situation anymore. The commercial scene does very well without the traditional, classically trained musicians and composers. And they don’t seem to need artistic researchers either, yet.
Posted by luk at 8:08 AM