I once had a teacher, Claude Coppens, who had meticulously looked for statistical information among the dynamics in the complete known works of Johannes Brahms. His exercise revealed an extraordinarily high number of “mezzo”-dynamics (mp, mf), leading him to conclude that Brahms was to be seen as a representative of German Impressionism.

Other evidence of a deep-seated link between Brahms and Impressionism, this time with one of its more readily known proponents, Claude Debussy, is now available and provides me with an excellent and long awaited opportunity to introduce two of my favorite colleagues: pianist Anna Scott and tenor Valentin Gloor. They collaborated in a unprecedented investigation of two meetings that the older Brahms had with the much younger Debussy in Vienna in 1887. Apart from the regular type of decorative Auseinandersetzung, Anna and Valentin strikingly complete the picture with a stylistic exploration into an alternate version of one of Debussy’s songs and a posthumously reconstructed Brahms fragment, both dedicated to each other. See and listen for Anna’s and Valentin’s findings in this video recording of a remarkable presentation:

Anna Scott rose to AR fame with her doctoral work on how to perform Brahms at the piano in a style that is now lost (see here for downloading her dissertation). I found epiphanic pleasure in experiencing the consequences of Anna's research during one of the workshops she has been conducting, when I physically felt the difficulties in learning to adapt my performance style to the discoveries that characterise her project. 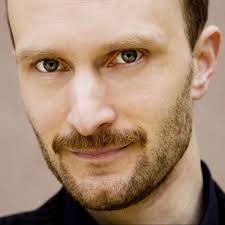 Valentin Gloor is among the Orpheus Institute's best kept secrets. Not only is he one of the very few artistic researchers active in matters of the voice, he also developed his own brand of taking a theatrical angle from which to present his work. It is a real shame that so few videos of his projects are to be found - see here for one more.

Very amusing. Please don't tell me that anyone takes this seriously!

On the other hand, and after some reflection, there does exist in some Brahms works, particularly the later ones, passages where the sound world does seem to show a strong French influence. The Verlaine song, with its "Clair de Lune" conclusion, would certainly and unequivocably point to a direct influence. Listening to this beautiful song, a friendship between these two entirely sympathetic characters, Brahms and Debussy, would seem to have been a match made in heaven. One should not be so quick to dismiss an historical discovery just because it had not been accepted as "received wisdom!"