The Belgian Orpheus Institute issues a call for a full-time, paid, performer doctoral fellow in artistic research to hook up with the innovative, EU funded research project “MusicExperiment21”, which the Institute hosts.  The project is headed by Paulo de Assis and is set up to  investigate the potential of ‘experimentation vs. interpretation’. The position starts already next January, the call closes on October 6, 2013. It states to aim at young performers, but that is meant to encourage young musicians who might think they lack the type of CV that they may think is crucial, rather than to deter older ones from applying. Full details of the call are here, the application form can be downloaded from the home page of the project’s site. 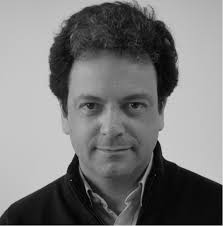 Also in January 2014, is the inauguration of the Stockholm University of the Arts, an effort of the
Swedish government to promote artistic research. The new entity will merge the current University of Dance and Circus, the University College of Opera, and the Stockholm Academy of Dramatic Arts, with a shared department for research and doctoral studies, and third cycle degree-awarding power is said to have been granted (though in some parts of texts, it is suggested this is not the case yet). Research areas of the individual departments currently include Choreography, Media, Opera and Performing Arts, but may be expanded. See here for more of the objectives of the new university’s research working committee, including a link to a pdf on the university’s research strategy.
To support this initiative, an extensive recruitment program is established to seek applicants for a number of full-time, three-year positions of Artistic Professor to develop Profile Areas of “Concepts and Composition”,  “Public Engagements”, “Technology/Materiality/Performance (gestaltung)”, “Bodily and VocalPractices”, and a “Research Leader / Artistic Professor”. Attention: the last date for submission is August 16, 2013 ! There is no mentioning of PhD requirement, only high-level artistic activities and teaching experience.