When composition is not research²


It has been surprising to see how much interest the previous post has generated. In less than four days, it attained a higher access rate than any other posts on this blog ever enjoyed, including the (until then) all-time favorite. The latter announced new research jobs; some of the reactions to the former were about how the Croft article was tantamount to a professional suicide note. Clearly, many are looking for a job, and some, if not many, are looking to keep their existing one. This will lead to more posts, but, for now, I want to follow up on the composition as/vs. research discussion.

Despite the attention, still very few arguments and cases are presented on how exactly composition can be equal to research (other than through notions of tacit knowledge, which seem to lead more to theories about it than to knowledge on how to work with it in practice). Equally lacking, but more poignantly so, is how exactly both can relate to each other if they are not synonymous, which is what I had intended to be the gist of my post. Meanwhile, on June 11-13, the Performa 2015 conference (not to be confused with the New York Performa 15 biennial) took place in Aveiro, Portugal, with relevant keynotes by Croft (elaborating on his article) and Marcel Cobussen ("Musical Performances are (not) Artistic Research"). Commenting on a FaceBook report by Cobussen, Croft has mentioned a forthcoming "positive corollary" to his arguments. I am curious and intend to keep you posted, here. 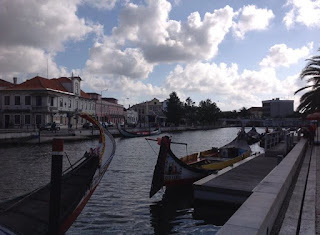 Serendipitously, I just found two ads for future symposia that may help propell the discussion further. The first one – (PER)FORMING ART: PERFORMANCE AS RESEARCH IN CONTEMPORARY ARTWORKS – will be organized to take place at Leeds University on September 20, 2015, and will consider performance as a guiding force in the compositional process. Some of the proposed topics seem apt to inspire thinking about ways in which composition can be researched from within, e.g. performance as an actual technique for composing music, how performing other works can inform the compositional process of one’s own work, live coding and its influence on compositional practice, improvisation and its influence on compositional practice, etc.

Apparently, it will only be a small-scale affair (the program foresees 4 candidates and a keynote) , which is too bad, I think: it is certainly the first time I see any conference directly addressing the explication of compositional techniques from a practical perspective. Thinking back of the intensity with which the composition-is-(not)-research issue was engaged with on social networks, I would hope that more than four submit something and stand a chance at being heard. Watch out for the deadline, though: July 6, already! 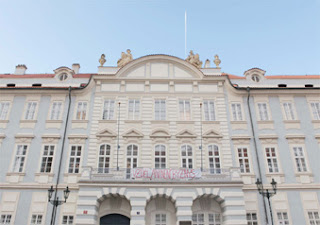 Just this morning, I saw a call for proposals to be submitted for a later and larger-scale conference on Artistic Research: Is there Some Method?, to be held at the Academy of Performing Arts in Prague on April 7 – 9, 2016. Here, the questions are sought to deal with, amongst others, artistic research as an art of its kind, how to scrutinize the knowledge that art claims to produce, the extent to which methodological approaches in artistic research are hostile to the creative process, the added value of artistic research methods for art. Keynote speakers are already determined and make for an interdisciplinary setting: Bruce Brown (University of Brighton, UK), Bojana Kunst (Institute for Applied Theatre Studies, Giessen, Germany), Kent Sjöström (Malmö Theatre Academy, Sweden), Teemu Mäki ( Helsinki, Finland) and Julian Klein (Institute for Artistic Research, Berlin, Germany). Submissions are expected by October 15.
Posted by luk at 12:48 PM