South Africa is not a country you often read about in geographical overviews of AR practices, or, for that matter, in any publication on the status of our beloved new discipline. But they have AR, and Mareli Stolp is advocating it there, all the while building  a reputation for asking pertinent questions in the European conference circuit. Currently a postdoctoral fellow at the University of South Africa, and the chair of the South African Society for Research in Music, she is now on this side of the equator as visiting researcher at the Orpheus Institute, and after a stimulating chat with her, Mareli accepted my request to write a guest post on a topic that she is busy developing: reflexivity. 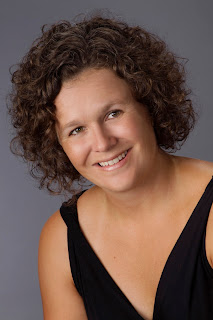 Artistic research (AR) is concerned with questions of how knowledge can be generated about and through artistic experiences and artistic practices. A central premise is that an exploration of an artist’s own practice can lead to new insights and understandings. The idea of ‘own practice’ presupposes a level of subjectivity, which comes from an artist’s individual consciousness of that which occurs while engaged in practice. In order to distinguish AR from ‘pure practice’ it is necessary to discover ways to translate such subjective experience from tacit, embodied and intrinsic into some form of discursive medium that can be accessed and shared beyond the realm of the personal.

There are many possible ways to approach the subjective, tacit knowledge embedded in practice. Using the tenets of phenomenology and techniques of phenomenological reduction could be one such method; applying formats such as critical reflection during and upon conclusion of artistic research projects could be another. A third option, which connects to an extent to both phenomenological reduction and critical reflection, is the paradigm of self-reflexivity. This term is used in divergent ways in several disciplines, including psychology, sociology, economics and anthropology. My understanding of self-reflexivity is indebted to the work of the Reflexivity Forum and specifically the contributions of Margaret Archer (2010). I use the term self-reflexivity to denote a process whereby self-referential thinking is used to explicate artistic processes and products. Self-reflexivity is understood as innately different from ‘self-reflectivity’: Archer describes the latter as an action of a subject towards an object, a unidirectional engagement between an event or entity and the one who is engaged with that entity (Archer 2010, 2). Self-reflexivity, on the other hand, presupposes a continued, self-referential activity. Self-reflexive thinking does not have to assume introspection per se (in which case the subject/object dichotomy may complicate the possibilities for reaching viable insights), but rather retrospection: accepting that there may exist a time gap between subjective experience and objective engagement with the implications of that experience allows for subjective and objective understandings to function together in the articulation of new knowledge.

Michal Pagis (2009), writing from the perspective of psychology, raises the point that reflexivity can be discursive as well as embodied; these modes need not however be considered mutually exclusive or exhaustive. In terms of AR, I would argue that a self-reflexive process of inquiry ideally needs to move beyond the realm of the subjective and embodied in order to lead to a viable research result. Language may not be the only medium through which self-reflexivity takes place; however, I would posit that it is an ideal medium through which the outcomes of reflexive processes may be articulated, uttered and shared (although the format of such articulations need not be confined to traditional modes of exegesis, such as writing). Artistic practices result in embodied experiences; embodied experience, however, can perhaps best be viewed as distinct from self-reflexivity (Pagis 2009, 266), for sensual experience is generally considered to precede intellectual consideration: reflexive internal dialogue is required to translate embodied experience into a discursive and shareable medium (Pagis 2009). It is possible then to view self-reflexivity as the facilitator of a dialogue (Pagis 2009, 266); in artistic research, such ‘dialogue’ could be interpreted as interactions between embodied experience (generated through artistic practices), and processes of thinking through these experiences.

My approach to AR is focused on music performance, and I will therefore attempt to (briefly) explain my approach to self-reflexivity by means of an example from my own performance activities. In 2014, I presented a site-specific performance in the Central Business District of Cape Town, South Africa. For this performance, the piano was positioned outside, on a busy street; the ‘audience’ observed the performance from a rooftop seven storeys above my own position, with the music relayed to them by means of microphones and a speaker system; the performance was directly accessible to anyone walking past on the street. This project was primarily meant to engage with the social divisiveness characteristic of Western Art Music concert practice in contemporary South Africa. Access to concert halls remain the purview of the wealthy (and mostly white) population; in this performance, however, primary access was the purview of the ‘man on the street’, and the ‘audience’ was forced to experience the performance from a significant physical remove (see Stolp 2015). The project was part of a public art festival called Infecting the City.

The first phase of this project was mainly theoretical: the concept was developed under the influence of writings by Michel de Certeau on ‘spatial practices’ and experiential engagements with the City (writ large), as well as sociological critiques of contemporary concert practice of particularly Western Art Music. The thinking part of the project lead to the doing, the performance itself. However, by applying techniques of self-reflexivity, I am able to also allow theory to emerge from the practice itself, thus resisting a unidirectional configuration. Upon conclusion of this project, I was able to ‘think through’ the performance (or ‘bend back’ on the experience, as Archer describes it), and articulate insights on public art; artistic intervention; and site-specific performance generated from the performance itself. A further step is then enabled: these insights, once articulated, may have an impact on my own future site-specific projects, and ideally also on these discourses (site-specificity, interventionism, public art) in general.

AR projects are exemplified by an intertwinement of thinking and doing. This does not necessarily have to mean that these modes must function simultaneously; one or the other may dominate to a degree at any given moment. Theoretical perspectives need not fulfil primarily an external, analytical function; they may be seen as emergent from the practice itself. Applying strategies of self-reflexivity in artistic research allows for a negotiation of the ‘thinking and doing modes’, in that it allows for a continuing flow between them, a recurrent bending back that keeps the research process dynamic, and does not privilege one of the modes over the other.

This way of understanding AR presupposes that a research process begins with subjective understandings, generated by a practitioner herself through her own practice; these are translated, developed, probed, perhaps made to resonate with other models of thinking (borrowed from philosophy or psychology, perhaps); ultimately these translations lead to articulations of these understandings generated from practice. Central in this understanding is that artistic practice is considered as potentially both the genesis of the research process, as well as the result.