Remembering W.A.Wagenaar and his legacy


During the previous doctoral training session of the Orpheus Institute, Willem Albert Wagenaar passed away. I have written about him earlier, but it is fitting to do so again at this sad occasion as his role in the making of the - apparantly - most sought after doctoral trajectory for musicians in the Low Countries has been more decisive than is generally known. 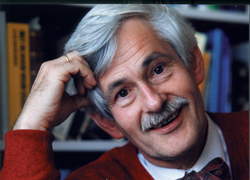 Dutch psychologist Willem Albert Wagenaar (Utrecht, June 30, 1941 – April 27 2011) studied in Utrecht, Leiden and Pennsylvania State University. He has been professor at both Utrecht and Leiden Universities and is seen as a specialist in matters of human memory. As an expert witness he gained international recognition in court cases such as the one against John “Ivan the terrible” Demjanjuk. Wagenaar avidly collected Magic Lanterns – generally accepted to be invented in the 17th century by Christiaan Huygens, another one of Leiden University’s brilliant students – for which passion he had a home theater built, aptly called the “Christiaan Huygens Theater”. (You can see video’s of Wagenaar’s Magic Lantern presentations here and here.) 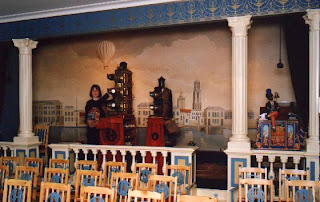 At the turn of the last century, it was Wagenaar who decided to make a phone call that would eventually lead to the bestowing of the PhD title on creative and performance artists at Leiden University. At that time, Wagenaar was Rector Magnificus of Leiden University, which housed no department handling any focus on music. He fostered the grand thought of the creative arts themselves (not just their study from outside of the practice) constituting an integral part of the university’s responsibility towards society and its knowledge. It was Wagenaar who initiated contact with the Royal Conservatory at The Hague and its then director Frans de Ruiter to set the ball rolling and to see how collaboration could be worked out on the practical level, i.e. how students from both types of institutions could benefit from such an integrated approach towards science and artistic practice. During the discussions that ensued, the academic notions of research and doctoral promotion were put on the table, pragmatically followed up in turn by pioneering efforts to envision what a PhD trajectory in artistic research could or should be like. It was eventually decided that this project deserved a faculty of its own, and in 2001 the Faculty for Creative and Performing Arts (for which de Ruiter acted as its dean) officially combined the Royal Conservatoire and Royal Academy of Art (both at The Hague) with Leiden University in an extraordinary education and research program. (It was later renamed as the Academy for Creative and Performing Arts.)

Wagenaar’s vision departed from the idea that the historical separation between the arts and sciences had been unjust:

It has long been thought that it was possible to make a good, profitable distinction between arts and sciences because it allows to simultaneously draw a line between ability and knowledge. Science concentrates on knowledge; the ability that follows, doesn’t really belong to it and should be taught outside of the university. […] In the arts, then, it would be mostly about ability without knowledge; that’s why we have separate institutions. As such, we take care that knowledge, as produced by the history of music, of art, of literature, is strictly separated from the world of skills, such as needed to sing and paint. But this distinction is not profitable and not real. The boundary between art and science is based on completely absurd notions about delineations between knowledge and ability, and should therefore be abolished.

[From Wagenaar’s inaugural speech at the launch of the Faculty of Creative and
Performing Arts.]

It is interesting that Wagenaar’s demarche was somewhat independent of the EU’s Bologna declaration, in which a bachelor-master-doctorate structure was decided upon for restructuring higher education in the arts. Wagenaar’s ideal superseded this mere three-fold differentiation, wanting to offer different types of merging scientific with artistic education. At the newly established Academy for Creative and Performing Arts, students can combine optional courses from both scientific and artistic institutions, as well as enrolling in new types of masters (e.g. media technology, in collaboration with the faculty of mathematics and physics), in a simultaneous combination of fully-fledged scientific and artistic trajectories, and in an artistic doctoral trajectory, all jointly operated.

The integration of arts and sciences is not unique in the world: especially in the Anglo-Saxon higher education tradition, it is common practice. But on the old continent, Wagenaar’s vision was revolutionary. Since the renaissance, the unity of arts and sciences had eroded, resulting in conservatoires, art academies and universities as separate entities with their own mission concepts and funding. Even in the Low Countries, where artistic research is supported with a surprising sense of unanimity, Wagenaar’s project predates the more loosely-knit Flemish model of university-conservatoire associations, and the real integration of the arts into universities is still less than a worked-out plan. 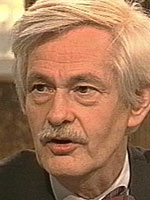 After his position as rector, and for the rest of his life, Wagenaar closely followed the developments of what he had set in motion. He was a member of the promotion committee of the first promovendus of the Academy for Creative and Performing Arts (yours truly) and continued to be involved in all the artistic research promotions up to and including the last weeks of his life, reading the dissertations and posing his questions during the promotional rituals.

At least in the Low Countries, and potentially elsewhere, Artistic Research owes considerably to this soft-spoken and sweetly kind man with an advanced vision on artistic practice and education.

On a Dutch blog remembering Wagenaar, I read more on this fascinating man. Aparently, he received his double first name (Willem Albert) from his two grandfathers. As a kid, he saw the advantage in the two chocolate letters he got from Santa Claus; later on, the double intellectual inheritance - the one grandfather's scientific interests and the other's artistic appreciation - clearly helped shape his vision of an artist's place in the university.

A final anecdote demonstrates how Wagenaar was a creative scientist until the end of his life: getting lost in the woods around his home town, the pressure under his skull made him hear magpie chatter as a trumpet passage in Stravinsky's Rite of Spring, develop a panic fear of flowers, of the sent of lilies and jasmine. "My condition leads to completely new experiences that only patients can have! What luck that the cancer is my head. It is much more interesting than in any other body part." In the mean time, a booklet has been made to offer doctors insights and fellow patients support. Wagenaar had become the object of his own study as much as the artistic researcher that he had envisioned would investigate his own experiences for the benefit of scientists and colleague artists.